Most of the Tetras are native to the Rio Negro and Orinoco Rivers in the Amazon Basin. The water is usually very clear, slow-moving and plants are present. You should try to replicate their habitat by providing gentle flow and some plants to hide in.

Live plants oxygenate the water, remove nitrates and act as cover for the nervous Tetras. Some Tetras are very jumpy and prefer to be in a school of at least 6 to feel safe.

Although a community fish they are very small and may get eaten by larger tank-mates. Alternativity they may nip the fins of long-finned fish such as Betta fish and Guppys.

This is one of the three most popular aquarium fish in the world. Best kept in shoals of 10 or more, they will show up exceptionally well in an aquarium, constantly shoaling together. Do not put them into a new aquarium, but wait for 10 to 12 weeks until the bacteria in the filters has started to work.

They can be a little touchy when first transported, so check for white spot within a couple of days and treat if necessary, but do not let this put you off purchasing them. Look after them well and they will give you much pleasure and live for a long time. Ensure that there are plenty of tall, fine plants in the aquarium (such as Cabomba or Elodea), so that if they feel threatened they can hide. The females tend to have much fuller bodies than males.

They will take all types of food, but do much better on a wide variety of dried, frozen, and live foods. Make sure that their food is broken down small enough for them to eat.

This is another extremely popular fish. Best kept in shoals of 10 or more, they have vivid red-and-blue coloration which shows up well. Unlike neons, the cardinals’ lines of color extend the full length of the body.

Add cardinals to a new aquarium after approximately 10 to 12 weeks, when the bacteria in the filters is working. These fish can also be prone to white spot, so treat if necessary. Many high-quality cardinals are supplied by commercial breeders in the Czech Republic.

Ensure that there are plenty of tall, fine plants in the aquarium (such as Cabomba or Elodea), so that if they feel threatened they can go for cover. The females tend to have a much fuller body than the males.

They will take all types of food, but do much better on a wide variety of dried, frozen, and live foods. Make sure that their food is broken down small enough for them to eat.

Another very popular fish that is extremely easy to keep. Rummynose tetras like plenty of fine-leafed plants in the aquarium and react well when kept in shoals of 10 or more, nearly always shoaling together.

Rummynose tetras can be added to an aquarium after they have been running for between six and eight weeks, when the bacteria levels in the filtration system are adequate.

The most striking feature of this fish is its bright-red nose, from which it gets its name. Long, slender fish, Rummynose tetras are fast swimmers. The females tend to have much fuller bodies than males. They can breed in an aquarium given the right conditions, but as soon as the eggs are scattered by the female and fertilized by the male, the parents try to find the eggs and eat them.

Rummynose tetras like a varied diet of different flake foods. They readily take live food, such as bloodworms, tubifex, or glassworm. It is also advisable to feed live daphnia once or twice a week.

Strong and hardy fish for their size, the lemon tetras’ fins are nearly always fully erect when they swim, but if they are not, something may be wrong in the aquarium. They like the security of plenty of tall covering plants, such as giant straight Vallis, Wisteria or Cabomba.

They are quite an easy fish to breed, with the fry growing to around lin. in about eight weeks. Sexing the lemon tetra is very easy, as the females have much thicker bodies than the males.

They will take all types of food offered, but do much better on a wide variety of dried, frozen, and live foods. Make sure that their food is broken down small enough for them to eat.

With the two jet-black bars on a disk-shaped, silver body, this fish is exceptionally attractive. The black coloration will fade very quickly when the fish is unsettled, but does return to normal within a few hours.

Coloration is always stronger in young fish and fades gently as the fish gets older. The black widow has been known for many years and is an old favorite, swimming proudly around an aquarium with its fins held erect. Breeding can be achieved very easily, but a separate tank is necessary’ as, like most tetras, black widows are avid egg-eaters.

Females are quite easy to distinguish from the males as they are slightly more elongated and, when full of roe, quite full in the body.

They will take all types of food, but do much better on a wide variety of dried and frozen. Tubifex, bloodworm, and glassworm will also be readily taken and need to be fed on a regular basis. Daphnia once or twice a week will also be good for them.

Male Silvertips have slightly better coloring than the females, with a bronze hue, a black line at the rear of the body, and bright-white tips to the fins. With an elongated body, silvertips are fast swimmers and look particularly attractive in small shoals.

They do better in a tank full of bushy plants, with a clear area in the central front area of the aquarium. They are quite a peaceful fish but are very inquisitive when there is a new addition to the aquarium and will probably harmlessly harass it.

The silvertip will take all types of food, but favor meaty foods, such as bloodworm and tubifex. They will even eat very small slivers of grated frozen beef heart. They are always among the first to reach food, so make sure that you put enough food for the bottom-feeders in the aquarium. Be careful not to overfeed.

They like to be kept, as with most tetras, in small shoals and with other small fish. The females are fuller in the body than the males. Given the right conditions, they can live for four to five years. Breeding is quite difficult, as the water conditions have to be correct, but if you succeed, the fry are easy to raise and grow quite quickly.

These fish will take all types of food but need a good variety of quality foods. Live foods are readily accepted but need to be part of a varied diet. Make sure that whatever you feed is small enough.

This fish likes plenty of plant cover and places to hide. It will take up to a week for the flame tetra to adjust to a new aquarium, but, once settled, is a pleasure to watch and easy to keep.

The males tend to look smaller than the females because the females fill out more. The males’ color is much stronger, with deep-red coloration in the body and tins and black edges to the fins. They are easy to tell apart. The flame tetra is also very easy to breed and is ideal for the novice aquarist.

The flame tetra will take most types of food but needs a good variety that is small enough for them to consume. Live foods are readily accepted.

The black neon tetra is a bold and hardy fish, with both the male and female being quite thick-bodied. It is a very peaceful fish, although it does look a little pugnacious.

Body markings consist of a black bar running the full length of the body and a gold-to-faint-green line above this, depending upon the light. The fins are mostly clear, but there is a milky-white color around the edges of the dorsal and tail fin. It is a very attractive fish. Black neon tetras swim midwater and will mix quite readily with all other small fish.

They are easy to sex, as the female is fuller in the body, and they are also very easy to breed. They are recommended to the novice fish-breeder.

Black neon tetras will take most types of food and need a good variety of quality foods. Live foods are readily accepted, particularly meaty types, such as tubifex or bloodworm.

Most bleeding-heart tetras originate from the seemingly unlimited quantities caught in the wild, mainly in Peru. This fish prefers slightly softer water than most tetras and will look its best in this. It is an exceptionally attractive fish, with a deep-red hue all over the body, a dark red spot in the center, a long, flowing dorsal fin on the male, and a rounded dorsal fin on the female.

The dorsal fin on the male is mainly, black, turning to red at its base, whereas the female’s has a splash of color at the top, which is pink, turning to bright white. They look really good in small shoals against bright-green aquarium plants. The difference in coloration makes them very easy to sex. Breeding is possible, but not easy.

This fish will take most types of food but needs a good variety of quality foods. Live foods are readily accepted, particularly live bloodworms.

Serpae tetras are exceptionally hardy and resilient fish; four or five are ideal to place in an aquarium when it is first set up. With a red body, a black dorsal fin with white edges, and a black blotch behind the eye, it is an attractive fish. The female is very easily distinguished from the male by the fuller body when in breeding condition.

They chase other fish in the aquarium but do no damage. The Serpae Tetra is one of the easier tetras to breed but must be set up on its own for this to be successful.

They are excellent fish for the novice aquarist. Serpae tetra will take all types of food, but to keep them in top condition they need a good variety. Live foods are readily accepted.

This fish is also known as the blue emperor tetra because of the different shades of coloration. It is a beautiful fish, originating in a wide area of the River Amazon. Sexing is very simple: both sexes have the same base marking of a wide stripe running the full length of the body, but only the males have a purple or blue coloration.

When first placed in an aquarium, the fish’s colors will look washed out, but they will return after a day or two of settling in. Maintained correctly, these fish grow to about 2in. and have a thick, deep body. As with most tetras, they will benefit from the security of a well-planted tank.

Purple emperor tetras need a good variety of quality foods. Glassworm and daphnia will be chased around the tank until it has all been eaten, and other live foods are also readily accepted.

Tetras accept a variety of foods including flake foods, Blood-worms, Boiled vegetables, Daphnia and small insects. Meaty foods should be limited to 2-3 times weekly. They are sensitive to changes in water chemistry, a goof filter should be used to keep pollutants down.

The size of the tank and the number of fish you have will govern how often you should do a water change. Generally, 25% of the water should be replaced every 1-2 weeks. Some Tetras are difficult to breed but water should be darkened and they should be fed live foods. Once the eggs have been fertilized and scattered the parents or eggs should be removed as they will become food. If basic water parameters are followed, a good diet is given and water changes are performed – Tetra fish should be very happy. 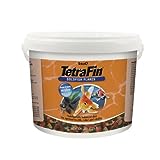 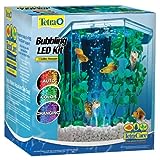