pH, GH, and KH. What’s the big deal with them? What do they mean? Should you even care? Not to worry, keep reading, as I simplify everything in this beginner-friendly cheat sheet. When I first started keeping fish and plants, I didn’t really worry about these aquarium water chemistry terms, because everything I was keeping was super hardy, beginner-friendly, and they could survive in a wide range of pH and water hardness.

My problems actually started when I got into live aquarium plants. So I don’t know what I was doing wrong. I was dosing my easy green fertilizer to 20 ppm nitrates. I had it planted light, planted substrate, everything, and the plants were melting over time. Well, it turns out I have a pH of 8.0, but really soft water. So my plants weren’t getting enough magnesium, calcium, and other micronutrients essential to their growth, and to fish growth as well.

So, that’s when I started digging into water chemistry. Okay, first thing we’re going to talk about is pH, where basically it measures the number of hydrogen ions in the water. But for the purposes of aquariums, all we care about is that 7.0 is neutral on the scale, which is what pure water is considered. If you are less than 7.0, you’re going to have acidic liquids like orange juice. And if you’re higher than 7.0, those are basic or alkaline liquids such as soap.

Most fish can survive in 6.5 to 8.0 pH, that’s generally fine. However, there are some general rules of thumb like South American fish, crystal shrimp, they like it on the lower pH side versus livebearers, and African Cichlids like it on the higher pH side.

Hitting a specific pH number usually isn’t that important if you’re just keeping fish for fun. But if you’re trying to hit a specific point for breeding purposes or to raise up their fry, that’s when you would want to measure pH. Or if you see health issues with your fish, like erratic behavior, swimming frantically, being really lethargic, gasping because the water is burning their gills and their body. All of those are signs that could be caused by the wrong pH.

How to measure pH?

There are different ways that you can measure pH including, the API master test kit, as well as the Tetra six in one strip. Let me show you how to use them really quickly:

The API master test kit actually comes with two different kinds of pH measurements. One is the regular pH, and one is the super high pH. For the regular pH, you’re going to put five milliliters of water in your test tube, and then add three drops of the pH into the bottle, and then invert it several times.

It’s going to change colors. And then you’re going to look at this first chart over here to figure out what the pH is. Now, if the pH is definitely very blue, then consider hopping over to the high range pH.

For the Tetra six in one strip, it’s pretty easy. In fact, I like to cut the strips in half so that you get twice the number to use. But all you do is dip it in water for one second, take it out and have it flat for 30 to 60 seconds. And then on the back of the jar, there’s a whole color label system over here. So you can help figure out what the pH is.

Interestingly, the pH in your aquarium will actually naturally change throughout the day. So the key thing is to maintain a relatively stable pH without any sudden spikes. And most fish will be able to adapt.

All right, next we’re going to talk about KH, which stands for carbonate hardness, and it measures the number of carbonate and bicarbonate ions in the water. All we care about in the aquarium industry is that it buffers against pH swings. So it helps neutralize acids and prevents pH crashes, which is good because fish get really stressed out when that happens.

So think of it like a trashcan, the more KH you have the larger your trashcan is. And once that trash can overflows, that’s when your pH is going to crash. So a lot of people that have really low KH, they’re going to put things like crushed coral and other supplements, which we’ll get into in a second to help increase their KH trashcan, so that that pH won’t swing wildly too much.

Now, KH is measured in degrees as well as parts per million or ppm. So I think one degree equals 17.8 ppm. And the ideal range for a freshwater aquarium is going to be between four to eight degrees of KH, which is about 70 to 140 ppm. There are animals that have specialized requirements. So if you have discus or crystal shrimp, they like it on the low KH side, and then African Cichlids definitely like it much higher.

When to measure KH?

The times when you would want to measure KH include if you want to make sure your KH isn’t too low so that it won’t cause those pH crashes, or if you are trying to specifically raise or lower it because of a specific animal you’re trying to keep.

How to measure KH?

As for measuring KH, you can again use the Tetra test strips that I mentioned before, or API also has a GH-KH kit, which I’m going to quickly show you how to use.

So how to use the API KH test is simply fill up your test tube to the five milliliter line, add one drop of the KH in here, invert it a few times. See if it changes color from blue to yellow. If it doesn’t, add another drop, you want to keep count of how many drops you had to add in here. Invert it a few times. And when the number of drops finally changes this from blue to yellow, that is the number of DKH or degrees KH that the liquid is, and there’s a chart in the back to convert it to PPM as well.

In general, most people don’t want their KH to be really low, like below two degrees or 36 ppm. So if you’re like me, I’m going to include instructions at the end on how to raise that number. And again, the exception is if you’re trying to specifically raise animals that like low KH.

Our last category is GH or general hardness. And that measures the amount of calcium and magnesium ions in the water. And it basically your first two, how hard or soft is the water in your aquarium. And it’s one of the easiest methods we have to measure the number of salts and minerals that are needed for healthy biological functions in your fishes muscle and bone development, the molting of shrimp, snail shell development, as well as plant growth.

As with KH, GH is also measured in degrees or ppm. And same thing, the average freshwater aquarium likes to have four to eight degrees or 70 to 140 ppm. However, there are certain animals that definitely want a lot more minerals in their water, such as livebearers, goldfish, and African Cichlids. And I’m going to include a chart below that shows you roughly what is considered soft versus hard water when it comes to degrees of GH.

When to measure GH?

The times you should measure for GH are:

So I mentioned before how my plants were all melting. Your fish may be showing lethargy, slow growth, faded colors, that kind of thing. Your shrimp, it may actually die while molting if they don’t have enough of these minerals. And then your snails, you may see thin, flaking, or even holes in their shells.

Now, remember that GH actually measures both calcium and magnesium ions, so it’s possible that you could measure a really high GH, but it turns out it’s actually all magnesium ions and you have no calcium. So the only way to get that granularity measurement is to get a calcium specific test kit to find out what that GH is made of.

How to measure GH?

To measure GH, again you can use the Tetra six in one strips, or get the API GH and KH test. Let me show you how to use this one.

It’s really similar to the KH test, in that you fill up to five milliliters of water, use the GH bottle to add one drop, invert. And this time you want to see how many drops it takes to convert the color from orange to green. When you’ve added that last drop of GH, and it turns finally to green, that is the degrees of GH that you have. And again, there’s charts in the back to convert it to PPM.

Bottom line, don’t let your GH get too low, because then you could see poor health and even death in your animals and plants.

How to lower or raise pH, GH, and KH?

In this last section, I want to teach you how to lower or raise pH, GH and KH. Now, just word of warning. There are many, many methods on how to do that and some of them are very potent, very effective and very dangerous in my opinion. So I like to err on the side of caution using much gentler methods.

So for example, in order to lower the pH, GH and KH, one method you could do is just minimal water changes to naturally acidify your aquarium over time or lower that pH. Also, you can use an RO/DI unit, Reverse Osmosis Deionized water system to strip all of the minerals out of the water. And then if you need to add back in a certain amount, you can do that in a very controlled manner.

In order to raise your Ph, GH and KH and harden your water, I recommend using crushed coral either in your substrate or in a filter media bag in your canister or hang on back filter.

I recommend starting with one pound of crushed coral for every 10 gallons of water. The lower your pH is, the faster it’s going to eat through and dissolve that crushed coral. So you may need to replace it every six to 12 months, depending on how bad it is. So don’t forget to keep measuring those parameters.

Now, I personally, don’t like the look of crushed coral in my substrate, and I don’t have a customizable filter. So in my case, I use wonder shells or Seachem Equilibrium to harden my water. Now, if you already have hard water coming from your top, remineralizing or increasing the mineral level in your aquarium, may be as easy as just doing a few extra water changes here and there.

Ever since I got in the habit of testing my water chemistry parameters at least once a month as preventative maintenance, I’ve been able to head off actually a lot of problems that could have potentially become full-blown disasters. Plus, now my plants and livebearers don’t hate me.

Hi, my name is Sean, and I’m the primary writer on the site. I’m blogging mostly about freshwater and saltwater aquariums, fish, invertebrates, and plants. I’m experienced in the fishkeeping hobby for many years. Over the years I have kept many tanks, and have recently begun getting more serious in wanting to become a professional aquarist. All my knowledge comes from experience and reading forums and a lot of informative sites. In pursuit of becoming a professional, I also want to inspire as many people as I can to pick up this hobby and keep the public interest growing. 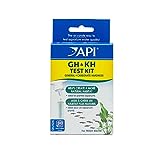 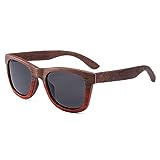