Do you want to keep a Foxface in your reef tank and learn some tips and tricks on what they need to thrive? if you do keep reading.

The Foxface fish is one of the favorite reef tank fish. They are typically known as Rabbitfish which is because their mouths resemble a hare or rabbit.

They are a very peaceful member of the Reef community and are really known for their vivid coloration.

They are going to do very well in all of your normal reef parameters.

They are not totally reef compatible, they are known to nip at certain corals like LPS. When they properly fed, I personally have never seen any foxfaces I’ve ever kept nip on any corals.

Usually, when they are young and small then they’re perfectly fine they are reef safe and they won’t any of your corals. When they grow older and more hungry, they might eventually start nibbling on your corals.

In the saltwater aquarium hobby there are basically four different varieties of Foxface that you would normally see:

This fish can also dramatically change its coloration when it feels threatened, what it’s actually believed isn’t in the wild that it’s trying to mimic the rock work that it would normally be hiding around.

What is the minimum tank size?

Typically in captivity, you’re gonna see these fish grow to about 8 to nine inches depending on these species, so I would recommend a minimum tank size of around 125 gallons and recommend a six-foot-long tank for them to have lots of room to swim around, and graze on your Rock’s all day long

Yes, they are venomous fish. You got to watch that top fin, it’s really rare for anyone to ever get stung by one. You have to get in there mess with it for it to come after you. Just watch out for that top fin if you’re going down messing with rocks.

They are very peaceful fish, they are a little bit timid sometimes, so they are best put in an established reef tank first, before putting other aggressive fish.

What do Foxface fish eat?

Foxface fish are herbivores, so they’re mainly going to be looking at some of your plant foods, Nori and sheets of algae. However, it will eat a variety of other foods, including pellets, frozen meaty foods, but its main diet should be plant in nature.

What I like about these fish, and why I choose to have them in my reef tank is they are foragers, they will eat on the rocks all day long, they will eat a lot of those nuisance algae that you do not want to see in your reef tank. They will adapt very well to any kind of food that you will try to feed.

I definitely see a lot of shops and coral farms use Foxfases as their workers to pick on the algae, keep the frag racks clean, and they do have a lot of personalities. So they’re very good foragers, and they will pick on food all day long to keep your tank clean.

This fish is like tangs. They do not have a thick slime coat, so they are very prone to external parasites like ich and velvet, so I would really recommend that you would take them through a quarantine process of at least 30 to 45 days.

Overall the Foxface is a great member of the reef community, it fits very well with most fish including some of your more aggressive fish like yellow tang.

I would recommend that if you’re going to put it in a tank with more aggressive fish, that you put it in there first before you have put any aggressive fish in there. So it can establish itself, find some hiding spots, and stuff like that before those aggressive tank mates come in there to rule the place.

If you’re planning on keeping more than one in your system. or multiple in your system, I would recommend inducing all of them at the same time, in order to have the best chance of success.

Are they aggressive fish?

The only aggression I’ve ever seen from Foxface fish comes from adding a second or third one after you already have a couple in the same tank. They pretty much should get along with any other fish in the tank, but they can become aggressive towards their own species.

The Foxface is fish that is largely dependent on green food, so it likes algae a lot that makes it a very popular fish for people just starting out with the reef tanks. It’s a fairly large fish that’s not that expensive and it comes in a variety of colors.

One thing you need to keep in mind is that they can become quite large. So make sure that your tank is large enough to fit one of these fish, or otherwise be sure to have a back-up plan, because in a couple of months it will grow larger and you’ll need to find a new place for it to stay.

Rabbitfish are also poisonous on that top fin so watch out for that.

Difference Between Saltwater and Freshwater: Fish and Aquarium

How Do I Know If My Tank Is Overstocked? 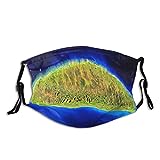 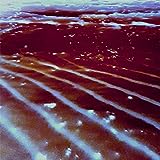